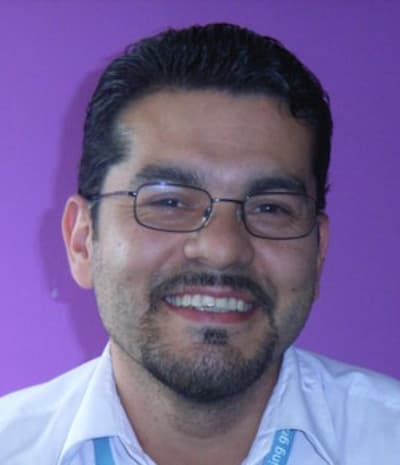 Meetings to discuss a BIM execution plan that no one follows, understands, or have read are common. Project leaders and managers say: “We just need to tick the box." Salvador Flores, KMK International

Trying to make BIM business as usual can be tough when nobody else cares about or understands the process, as Salvador Flores reveals.

My first BIM project was Terminal Five at London Heathrow Airport, working for architects Pascall+Watson as a site coordinator from 2003 to 2006. We were already working with BIM: we just didn’t call it that.

All we knew back then was that for most (not all) disciplines involved, the project had to be in 3D, on the correct project coordinates, and the 3D (and 2D) objects had to have a description (naming convention) of what they were (description embedded in the object): essentially what became Level 2.

Revit didn’t exist then and we had to struggle with something more primitive. Eventually, working in a single model environment (or SME as we called it then on that project) became a rule for me and the only effective way to coordinate a 3D project.

Although the SME principle seems simple and logical, at Terminal Five we had daily meetings to ensure that clashes were discussed and cleared. These were the days of Navis and AutoCAD only. Most of the time, clash detection was done visually in 3D (Navis), but we relied on our knowledge of the project, site visits and 2D AutoCAD drawings. There was no BIM execution plan (BEP), only a document that was more like a manual to help us understand the coordination process.

In my experience, common sense has not prevailed since, unfortunately. Meetings to discuss a BEP that no one follows, understands, or has read are common. It is also common to hear some project leaders and managers say: “We just need to tick the box." The reason, especially for the old school: "It’s not necessary."

Why does this attitude towards BIM persist?

About two and half years ago I was appointed as BIM manager for a project at London Heathrow Airport. The client (no names, I’ll only say it was a big client) soon called for a BIM meeting. At that first BIM meeting, I was presented with an employer information requirements document. At first glance, it seemed that the document was there to guide/help me to produce a BEP.

A week later, I issued a draft BEP for revision to the client’s BIM department. Two days later I received the document full of comments in red pen. I was not surprised since it was the first draft, however, one of the comments caught my attention more than the others: "Level Of Detail not described properly." I had taken the LOD description from a reputable BIM Standards website! That seemed odd to me since it is a known and common description.

Following that first meeting, I had countless emails exchanges and meetings with the client’s BIM department to discuss if we were on the right path.

After some time, the client was not happy. I was busy with clash detection reports (for the same project), site surveying (3D scanning) and federating models. I did not have the time to address some of the comments. There was a lot of stress and some of the members of the project had to pass me their information to complete the document: information that they did not have due the lack of experience in the BIM processes and because it was not considered a priority by their bosses.

The naming convention, 3D model format, and exchange of information procedures were not as important as the potential clash of the M&E services with the structure shown on the clash detection report.

What about the BIM execution plan?

I am sure you know where this story is going. During all this time, nobody from the project asked for the BEP. Nobody was interested in knowing if the process of how one needs to upload a document on the document control system was described in the BEP, or how to exchange the information between contractors. For example, if a contractor was not part of the system, the information would be sent by email, or if the file was too big, via Dropbox: "Problem solved." If a paragraph in the BEP did not describe what the client required, nobody noticed it…

After some time, I spoke to our project manager about not having been able to finish the BEP due to the endless comments from the client and he said: "We are at the end of the project, just do what they want you to do to tick the box."

I am now in a different world, the world of reality capture, point cloud surveys and site coordination, and I am on the other side now: I receive the BEP from a BIM manager. You might wonder what I do when a client puts the document in front of me, draft or finished: I put it aside and do what I must do – deliver, sadly, in spite of the BEP.

In the real world, I strongly believe that BIM must work for the project, not the project for BIM. I believe it should be a flexible tool, a process that helps to achieve better coordination, not a rigid process (or people) that encourages the members of the project to just tick the box to comply.

Common sense should prevail, like when we called it a single model environment not BIM.

Salvador Flores is the managing director of KMK International, a specialist in BIM surveys and 3D laser scanning.