Taking digital platforms to the cloud 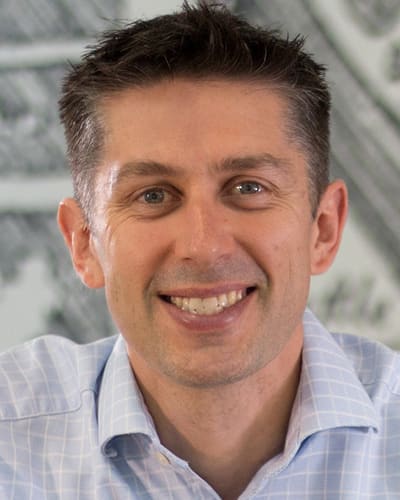 ‘The biggest benefit of the cloud, and one that the construction industry has recognised, is the benefit to both the team and the project itself of being able to collaborate more effectively.’ Dr Stephen Hamil, NBS

Dr Stephen Hamil, innovation director at NBS, argues that connected platforms are the next step for construction’s digital journey.

This will mean a huge demand for increased construction. A boost in capacity is required to meet the needs for more housing, hospitals, schools and the supporting infrastructure of transport, power and water networks around the world.

A recent publication from the McKinsey Global Institute on construction reported that the industry had made little productivity improvements in the last 60 years. This was over the same time period that other industries such as agriculture, manufacturing and retail had all undergone major improvements.

The conclusion of this study was that productivity can be greatly improved by focusing on a number of action areas. The action area predicted to have the largest benefit was “infusing” digital technologies into construction processes. The report predicted that this would cause a 14–15% improvement to industry productivity.

However, when considering how we build better to meet with future demand, productivity and cost savings are not the only factor. With respect to building a safer built environment, the Hackitt report in the UK (commissioned to review the Grenfell Tragedy) recommended that there should be a legal responsibility for the handover of a “digital record” for those leading the work on high-rise residential buildings.

So time and time again, the conclusion is that digital technology is the answer to improve both value and safety, as the industry rises to meet the challenge of the worldwide need for greater construction.

The industry recognises that this is the case, and as a result the development of standards defining information structures and processes has been happening worldwide. As part of the UK government’s BIM mandate, the “1192” series of standards was developed. More recently, as a global ISO initiative, the “19650” series of standards, which build on the UK’s approach to BIM, have been developed.

The construction technology industry has also recognised that the worldwide industry is on the brink of a digital revolution. The leading technology companies have been developing and consolidating their platforms, with some huge recent acquisitions. The biggest examples of this include Aconex becoming part of Oracle, Trimble purchasing Viewpoint and Autodesk acquiring PlanGrid.

This is all evidence of a revolution in the construction industry related to technology and digital processes.

Additionally, this data is being shared in an agreed structure, with enforced permissions and workflows, in cloud-based extranets known in the industry as Common Data Environments (CDEs). The number of tasks throughout the project (such as design, specification, planning, snagging and managing submittals) that have integrated technology solutions shows that BIM is far more than just a single 3D design software package.

BIM or digital engineering is an interconnected platform of services from a number of software providers.

When looking at emerging technologies, it seems that the cloud is the technology that is having the biggest impact today, with 63% of the industry using it in some form. Cloud-based software applications have benefits for the individual, such as being able to access them from any platform at work or “on the road”, and not having to worry about installing software or data updates.

However, the biggest benefit of the cloud, and one that the construction industry has recognised, is the benefit to both the team and the project itself of being able to collaborate more effectively. In the cloud, many users can be invited to securely access, use and contribute to the data – this move from the traditional method of exchanging exports of information via paper or email is arguably the biggest change.

All of these solutions focus on giving data meaning, and all have built-in quality assurance functionality to reduce the risk of mistakes being made.

Looking at where the technology landscape will go in five years and beyond, further improvements will be made that utilise machine learning and artificial intelligence, as we gather more and more big data in the cloud.

This big data will be a combination of information developed through the design and construction of the built environment, and also the data gathered from sensors that will feed back information on the performance of the assets.

As clients and their supply chain expand globally, there will be a demand for global standards. We have seen this with the development of standards such as the industry foundation classes (IFC), geographical information system standards (GIS) and the Construction Operations Building information exchange format (COBie).

Standardisation allows the data that is gathered to be more accurately analysed and processed, and when companies operate globally, international standards are required. The illustration below shows that the Uniclass classification system, which is compliant with the ISO 12006-2 standard, could be used by a private developer to consistently classify all of its built assets globally, irrespective of the local language.

Going forward, technology and common standards will make this achievable. The illustration below shows an example of this thread of digital information representing the decision-making process.

To conclude, this is an extremely exciting time for all of those involved in using or developing construction technology. The data standards are now maturing, and other industries have shown that technology can revolutionise productivity and reduce risk.

The BIM conversation has moved on from a focus solely on the 3D model to a rich cloud platform of connected technology from multiple providers. This opportunity to connect platforms will lead to an era of rapid innovation that will make the construction workflow much more efficient and more transparent for all.

To sign up to receive the NBS Construction Technology Report in full with added case studies and industry commentary, visit www.thenbs.com/knowledge/A-Digital-Future-for-the-Construction-Industry