‘The greatest barrier to BIM is context’ 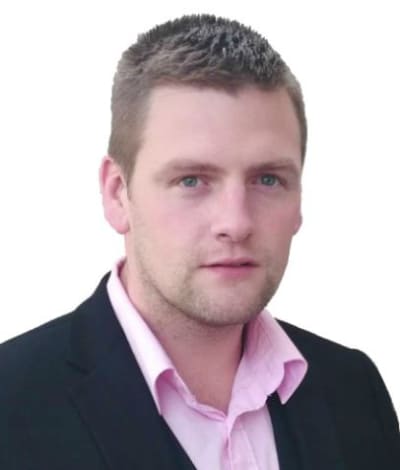 ‘Recently, I spent two hours trying to convince someone with BIM in their title who was heading a major infrastructure project that his attempt at a Master Information Delivery Plan on the project was completely pointless because their project already had one, but they didn’t even know it.’ John Ford

John Ford, technical development lead for Galliford Try and BSi 555 panel member for ISO-19650 transitional guidance, describes how digital terminology has confused what is in the industry’s grasp already.

I truly believe the main barrier to a standardised and understandable information management approach using BIM is “context”. Lots of new terms and acronyms that mean very little to people because there is no context in how they apply.

This is reflected in the latest NBS 2019 BIM report, where nearly half of those who participated have little confidence in their knowledge in BIM and more than half don’t believe the UK mandate of BIM Level 2 (adoption of industry standards for better information management using BIM) has been successful.

There is little surprise in these figures. The industry has created lots of new terms, tools and processes for traditional approaches, but have unintentionally made it appear that they are brand new in their design. The result is that those who read up on these new terms/tools/processes end up duplicating existing traditional methods as they don’t understand why they are doing it as the standards and experts don’t provide the correct context of before and after.

Recently, I spent two hours trying to convince someone with BIM in their title who was heading a major infrastructure project that his attempt at a Master Information Delivery Plan (MIDP) on the project was completely pointless because their project had already got one, but they didn’t even know it! The project’s design manager (DM) had created one unknowingly, as she had done for the last 17 years but only knew it by the traditional term IRS (information required schedule).

This standard design management tool performs the function of the MIDP, and which you can learn about in many design management books such as the Design Manager’s Handbook by John Eynon. This existing traditional concept of the IRS was taken by industry standards, developed, rebranded and given set parameters for consistent delivery.

What many BIM consultants and enthusiasts failed to understand is that many of these new terms introduced through BIM standards are simply reinforcing and standardising the terms for tools that have existed for decades.

The conceptual aim of these new terms such as MIDP, TIDP, EIR, federation/volume strategy and even LOD (Level of Definition) existed long before PAS 1192-2/19650 – they simply had other names and in some cases different approaches.

If we take EIRs, for example, we have always had information requirements. In the past the traditional preliminaries documents/requirements always included for example: submit drawings at A, B & C in .dwg format via our portal, provide three copies of the O&Ms in lever arch files and an asset register that tells us x, y and z, including references to the required standards from CIBSE and BSRIA, for example.

We now have the situation where major public clients issue these “new” things called EIRs, but still ask project teams to also provide all the old requirements too as they fail to understand, or have been poorly advised, that the EIR is no different to what they used before albeit not as detailed as one may have required.

All that has happened is that their importance has been emphasised and given a standard term along with crucial guidance providing how to better consider the client’s needs. Unfortunately, these clients, guided by “BIM” experts, think that they are somehow different, but in fact EBRs (Exchange BIM Requirements).

There are too many individuals who don’t realise that many of these terms have already existed, resulting in traditional requirements being duplicated because we as an industry have failed to explain that the modern is simply an upgrade to the traditional.

So the task all along should have been to review how existing requirement were put together (something many have little understanding on) first before setting off using new terms and following standards. We have to remove this misunderstanding that 19650 and its processor was providing us new concepts. It wasn’t, it was taking much of what we have always done, consolidated best practice.

So how does the industry solve this?

If you have never used those old tools nor understand how they worked from experience, you may find that others may not understand what you are saying as you are not putting these new terms into “context” with what they are already doing.