Tackling the BIM blockers - the three levers we have to pull 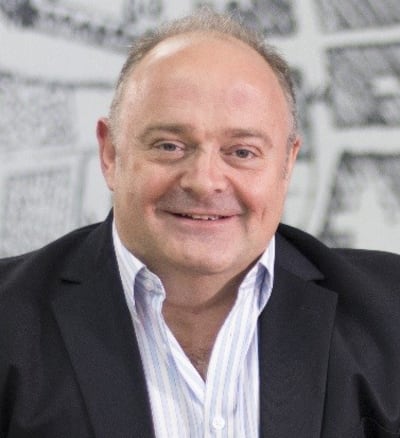 ‘I am interested in the reasons why the laggards have failed to take on a technology which can demonstrate both improvements in quality and drive efficiency.’ Richard Waterhouse, NBS

Recent surveys have indicated a hard core of laggards when it comes to BIM adoption. Richard Waterhouse, chief strategy officer at NBS, asks why this is the case.

BIM is here to stay, is well established in the design community and is filtering through the construction phase albeit, as John Ford has previously noted, there remains an issue over the quality of information requirement and consistent data exchange throughout design and construction life cycle.

Among the plethora of reports issued recently, three identify three key themes that are crucial to the future of BIM implementation in the UK. The three documents are the 10th NBS National BIM survey, the BIM+ BIM survey and the Construction Innovation Hub interoperability report.

Let’s start with the two surveys:

The NBS BIM survey is focused primarily on the design side of the industry. Now in its tenth year, it had more than a thousand respondents and identified that those who have adopted BIM are making great progress, see the benefits and are applying the processes into most, if not all of their projects.

The BIM+ survey takes its responses primarily from clients and contractors. Despite the different survey base, the results are surprisingly similar to the NBS survey. Adoption continues to grow, and the number of organisations who are applying BIM throughout their businesses is also increasing. One particularly interesting finding is that in both surveys, the use of the BS 1192 BIM standards and the latest ISO standard 19650 BIM documents is growing. This growth is consistent within both the design and construction phases.

So, the good news is that for those organisations that ‘get’ BIM, they are learning, improving and deploying across an increasing number of projects. But what about the laggards, the small percentage at the back end of the adoption curve that is resisting the implementation? If the enlightened can see the benefits, why are there organisations that have not, and will not adopt?

This is the link to the CDBB interoperability report, and the barriers to BIM noted in the two BIM surveys. Three themes emerge as barriers: a lack of digital skills and training, the cost of investment and a lack of client demand. Let’s take these in order.

A lack of digital skills. It is nine years since the UK government announced its BIM programme and over four years since the mandate was in place. A lack of digital skill must surely mean that for the businesses that state this as a barrier, there has been no digital training in this period and no recruitment of those highly skilled digital natives that have graduated through the various universities and colleges.

The cost of investment. To a certain extent, I can sympathise with this one. We know that many organisations operate on low margins, and it can be tough to emerge from this position. However, despite the current Covid-19 issues, we have been through a period of sustained growth for seven years. Surely any viable and forward-thinking business will have invested during this period?

A lack of client demand. For me, this is possibly the worst ‘barrier’ to BIM – the blind leading the blind. Clients look to their professionals for advice on the best way to procure a building. If the adviser doesn’t get the benefits of BIM, how can the client? Unless we can educate all clients, we cannot expect them to take ownership and drive demand. The interoperability report notes that the UK government (as the largest construction client) needs to take the lead through the whole supply chain. This should reignite some of the lost momentum in this area.

I am interested in the reasons why the laggards have failed to take on a technology which can demonstrate both improvements in quality and drive efficiency. It delivers a better output for clients and makes organisations involved more profitable. I am going to be controversial and say that the reason they have not adopted BIM is nothing to do with digital skills, the cost of investment or of client demand. I wonder whether these types of businesses simply lack the mindset to embrace the digital challenge?

There is a risk in changing businesses that operate on low margins and with low levels of pay. They believe that the steady state is well known and is a low-risk approach to delivering buildings. And yet, the disrupters are entering the market. Using data and effective assembly and logistics, the Goldman Sachs investment in TopHat and investment in other offsite organisations will change the competitive landscape and challenge this ‘steady state’ of design and construction.

We only need to look to the news, music or publishing industries (Amazon) or the taxis (Uber, Lyft) and lettings businesses (Airbnb) to see what this transformation can be and the effect on the digitally weak. Only time will tell if that is true with regards to digital construction.