Formwork and scaffolding manufacturer Peri is using its 3D printing technology to create the largest printed apartment building in Europe.

The building in Wallenhausen, Bavaria, consists of five apartments across three floors with approximately 380 square metres of living space.

The printing process is expected to take six weeks.

Peri is using the gantry printer BOD2, which has a print head that moves about three axes on a securely installed metallic frame. The printer can move along its frame to any position within the construction and only needs to be calibrated once: this saves time and cuts costs, Peri said.

The building is being printed with HeidelbergCement’s i.tech 3D material.

This is Peri’s second 3D printed project; its first was a two-strey house in Beckum, northern Germany, which BIM+ reported on last month (https://www.bimplus.co.uk/technology/peri-builds-3d-printed-house-germany/).

Thomas Imbacher, MD marketing & innovation at Peri Group, said: “By printing the first apartment building in Germany, we are demonstrating that this new construction technology can also be used to print large-scale dwelling units. In terms of 3D construction printing, we are opening up additional areas of application on an entirely new level.” 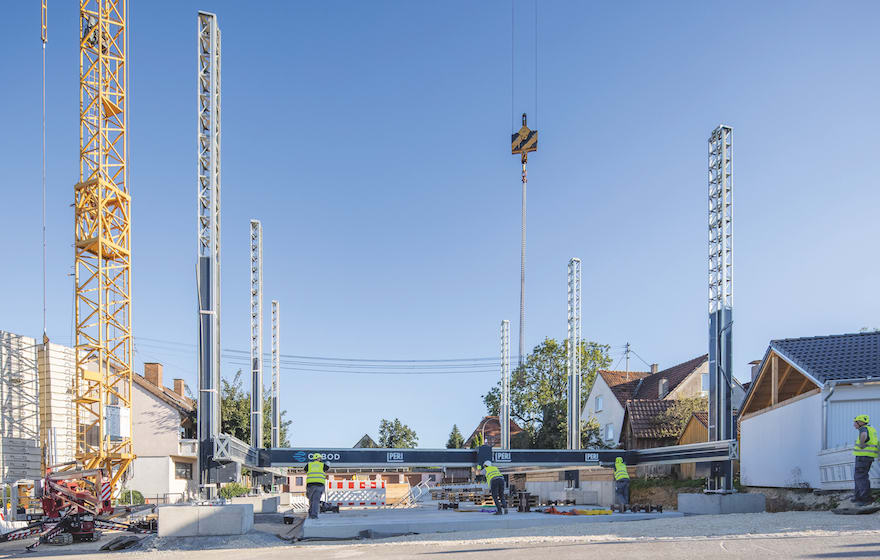