Why it’s time to use Blockchain to curb late payment 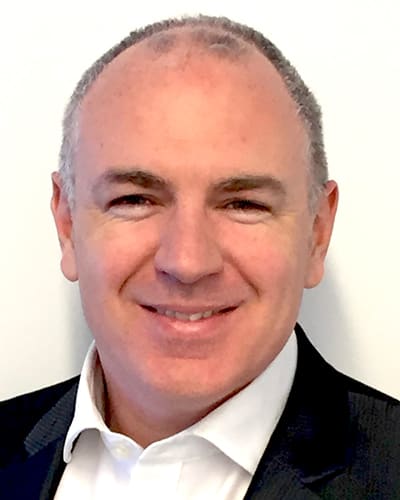 ‘Blockchain is gaining traction as a global financial exchange system that provides the ultimate in transparency (and thus security) for every transaction.’ Rob Driscoll, ECA

The time is right to reform the way money is moved around the construction supply chain and Blockchain is the solution, writes Rob Driscoll, deputy director of legal at the Electrical Contractors’ Association.

The impact of millions of pounds of unsecured debt attached to Carillion’s projects shows just how fractured the traditional construction model has become, with thousands of SMEs left critically exposed.

It has been apparent to the industry for years that a new kind of monetary disbursement model could improve construction efficiency and restore some semblance of trust – and that truth was made abundantly clear to the wider world in January, when Carillion collapsed.

In his influential report Trust and Money, the late Sir Michael Latham demonstrated that lack of trust and transparency was a huge impediment to the smooth working of construction supply chains.

More than 20 years ago, he called for mechanisms that would ensure subcontractors’ money was protected and not siphoned off by parties further up the chain to finance their own debt, and to fund project delivery.

In his 2016 Modernise or Die report, Mark Farmer also acknowledged that construction can’t overcome its problems whilst its business models are crippled with commercial instability due to payment issues.

Overcoming this inefficiency once and for all would be a fitting tribute to Sir Michael and offer some consolation to the thousands of SMEs harmed by the demise of Carillion.

Yet, the deep-rooted historic nature of the payment problem suggests it may take something radical to make supply chains truly secure. Sir Michael’s diligent work paved the way for the Construction Act of 1996, and Peter Aldous MP’s new Bill seeks to amend the Act to secure retention payments in deposit protection schemes.

However, while legislation is fundamental, ultimately the physical transaction process also has to change. In short, the industry needs access to a system that is open, transparent and secure. Enter, Blockchain.

Blockchain is gaining traction as a global financial exchange system that provides the ultimate in transparency (and thus security) for every transaction. It is based on the principle that if everyone can see what is happening, nobody can break the rules.

The concept can appear baffling at first, but it is, in effect, a virtual version of double-entry book-keeping. It is a connected ledger where incomings and outgoings are matched up, the big difference being that it is totally transparent to everyone involved in a linked group of transactions – or “block” – hence the name.

Take a construction project as an example: each party would have a synchronised copy of the ledger and be able to view each transaction as it happened. Each block has a built-in code that ensures all the figures match up.

The data is encrypted, but the encryption “engine” creates a “key”, which is supplied to each involved party. This allows access to the data in each particular block and also ensures it cannot be tampered with. If someone tries to alter the information, the chain becomes corrupted and the transaction is rejected – in plain sight.

The “blocks” of transactions do not need to be financial. They can also be pieces of information – about materials tracking, design spreadsheets and 3D BIM models – which could be included in a block along with other data.

Blocks of information can be added to the chain when work is completed, triggering payments of previously agreed amounts instantly once proof of completion is established.

The system is extremely difficult to hack and defraud, but more importantly from a construction payment point of view, it is impossible to cheat. Payment would only take place once completion information is added to the block – so removing the need for retentions in the first place.

The chain also provides a complete history of the project once completed – stored and available to anyone with a key.

Not everyone understands or is comfortable with Blockchain yet. However, the hugely damaging impact on up to 30,000 smaller firms by the Carillion insolvency in January this year shows that now is the time to think more radically about how our industry does business.

It will be increasingly vital to the employment of thousands of people that we find a better, fairer, more secure and faster way of carrying out transactions.