An innovative mapping and location-finding platform that uses unique combinations of three words rather than conventional map coordinates to identify locations is aiming to break into the construction market.

The system, called What3words, is a smartphone or tablet app that harnesses the device’s location-finding technology. But its innovation to help users navigate to unfamiliar places or share location data is to divide the entire surface of the globe into squares of 3m by 3m – creating 57 trillion squares.

Each of these squares has been assigned a unique three-word code, for instance “table banana salt”, the idea being that it is much easier for people to remember and communicate groups of words than long strings of digits.

The codes have been created by an algorithm which converts the longitude and latitude grid coordinates, and also ensures that squares within the same area are not assigned the same words. This means that if the word combination is slightly misremembered, the square for the wrong code would be too far away for confusion to be possible.

Alternatively, inputting the three-word combination into the system will generate the correct longitude and latitude coordinates. 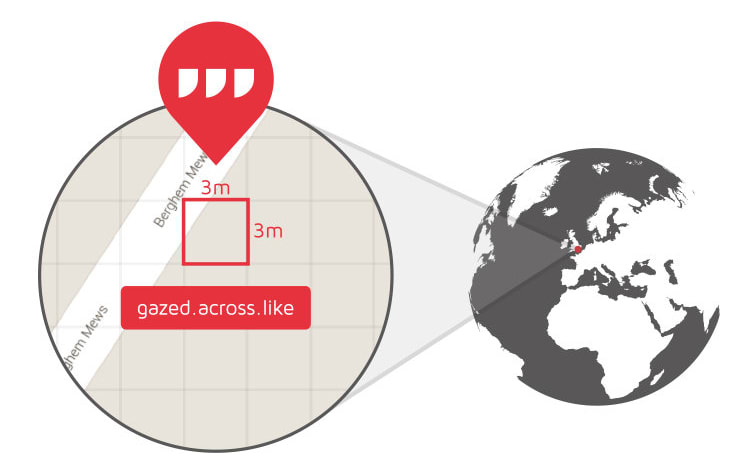 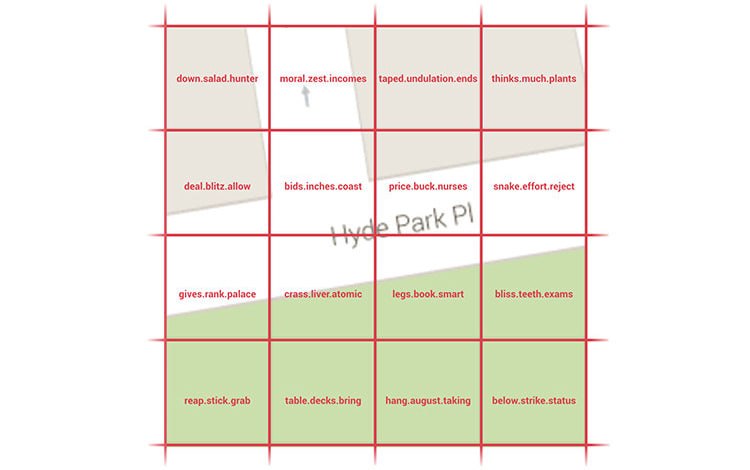 … and each square is identified by three words

What3words is currently available to download for free. It is already being used in various scenarios, such as in developing countries where addresses often are not available, and has been used at the Glastonbury festival for drivers to drop-off deliveries at pre-arranged locations.

The platform is now looking to target the construction industry, where Giles Rhys Jones, What3words’ director of marketing, believes the app has several uses.

He told BIM+: “It’s an easy way of identifying a location on a large site. This isn’t going to revolutionise the construction industry, but what it will do is solve a common problem of sending people to the right place on a site. It could be used to specify entrance and exit locations, or equipment drop off.”

The software is not intended to replace professional surveying equipment, which can measure location to the accuracy required for construction. However the system could be a replacement for GPS coordinates for locations around sites that don’t require that accuracy. 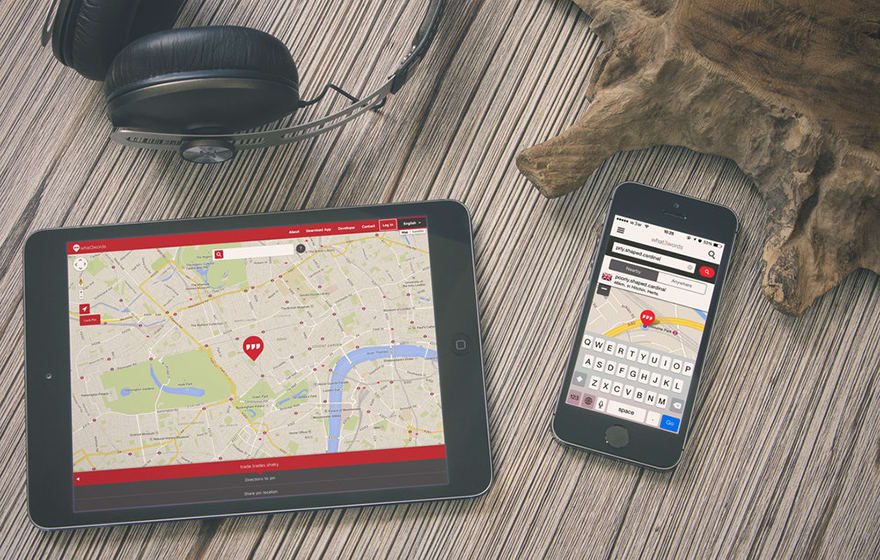 The platform can be used on a range of mobile devices

In the future, the app could be integrated into BIM software tools, says Jones. “Our model is to integrate our platform into other systems. This is complementary to latitude and longitude and could be used within a BIM model to specify locations.”

Skanska has already approached What3words to discuss applications in the construction world, and it’s understood the contractor is now investigating how they may be able to use it on site.

Mark Lawton, chief engineering surveyor at Skanska, said: “Communication and interoperability are key parts to BIM. What3words is a navigation system where we can get anyone to the right location without the risk of the latitude and longitude being brought into the surveying system. We are looking at adopting the system.”

This isn’t going to revolutionise the construction industry, but what it will do is solve a common problem of sending people to the right place on a site. It could be used to specify entrance and exit locations, or equipment drop off.– Giles Rhys Jones, director of marketing, What3words