Balfour Beatty has been developing its expertise on one of its first BIM project in Scotland, a 1,165-bedroom student accommodation block for the University of Edinburgh.

Having started its first project using BIM in 2009, Balfour Beatty made a commitment to roll it out throughout the business as part of a wider strategic change programme in 2012. As part of this commitment, the £65.7m Holyrood North development was chosen as an early adopter as it was of “significant importance” and a pathfinder for the contractor’s BIM journey in Scotland.

As the decision to use BIM was made in 2013 before PAS 1192-2 was published, Balfour Beatty used the scheme to explore how it could benefit most from using BIM.

“The aims for the project were very much to define what the team wanted to get out of the experience and what project outcomes were needed,” says Kevin Lloyd, principal BIM integrator at Balfour Beatty UK. “3D model development, clash detection, 4D construction sequencing and asset data delivery were determined as the primary aims.”

As this project was the first in its region – many of the construction and design team had not used BIM processes and technology before – there was a need for extensive training.

“This was always understood at the outset, therefore the pace of working with BIM was guided by their level of comfort. We were fortunate to have our technology partner on board who provided support and training as and when the team needed it,” says Lloyd. 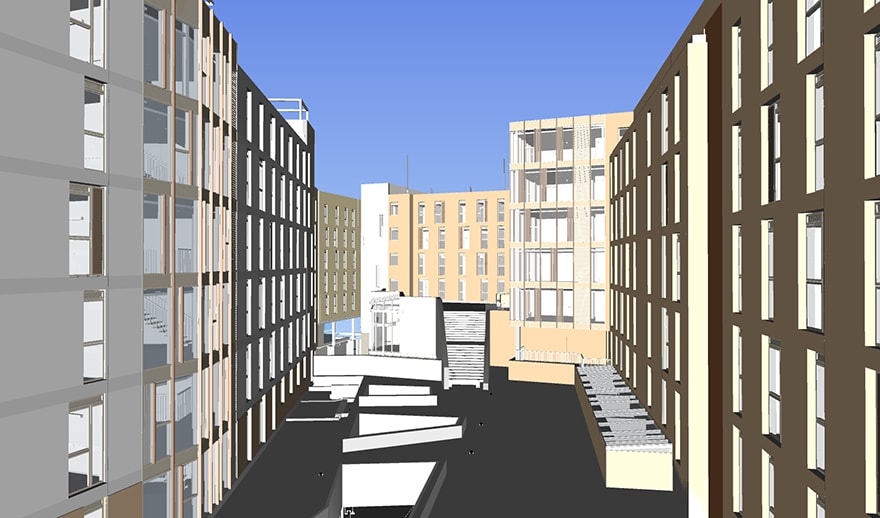 The student accommodation block has 1,165 bedrooms

However, once the design team had gained a good level of competency in the use of the software, the process reduced a lot of time in the production of information. Also, the model used during the technical development phases became a key asset to facilitating discussions around the challenges of the build.

“For the construction team the 4D model became a useful tool, particularly around the logistics planning as the site was in a central location and space was exceptionally tight,” explains Lloyd. “A further key benefit was the use of mobile tablet devices by the construction team which allowed them access to the model and other forms of design information enabling them to perform quality assurance functions on site, saving administration time in the office.”

The Holyrood project was already a year into its design development when the decision to adopt BIM was made and then it was only implemented on the larger part of the overall development (excluding Holyrood South, a £12m development of 260 postgraduate student flats).

Lloyd acknowledges that, in an ideal world, BIM would have been adopted much earlier and implemented on both locations: “It’s something of a cliche in the construction industry now, but early engagement is vital,” he says.

“But the reality is that every project team needs to get experience at some point. The project team members recognised this was an opportunity to start their BIM journey. As teams progress in the level of their skill set so their confidence increases and the ability to harness further benefits and increased efficiencies accelerates.”

Although Lloyd is certain that BIM saved time and provided clarity in understanding of the design, quantifying the benefits to the project is extremely hard: “The benefits of BIM were there, but it’s really hard to quantify in monetary terms. This is perhaps why certain parts of the industry are struggling with the motivation to adopt and use BIM.” 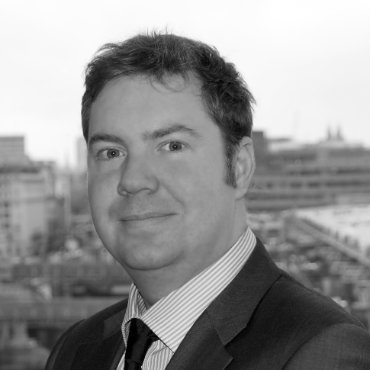 The aims for the project were very much to define what the team wanted to get out of the experience and what project outcomes were needed. 3D model development, clash detection, 4D construction sequencing and asset data delivery were determined as the primary aims.– Kevin Lloyd, principal BIM integrator, Balfour Beatty UK