The Urban Environment House is being constructed in Verkkosaari, near Kalasatama metro station in Helsinki, to bring all the City’s urban environment departments and 1,500 employees together under one roof for the first time.

Designed by Lahdelma & Mahlamäki Architects, with Skanska responsible for construction and Ramboll for structural engineering, the building will cover around 40,000 sq m spread over seven storeys above ground and one storey below.

Detailed BIM requirements were written into contracts for designers, contractors and manufacturers from a very early stage as the city strove to push the envelope and widen the scope of its BIM use, having seen the benefits on previous projects.

Marko Rajala, BIM expert at consultancy Tietoa, told BIM+: “Almost all of the City’s projects are now designed in BIM and because this was their own building, they wanted to push things even further. In addition, the designers and consultants and Skanska are very advanced in the field, which supported this ambition.”

BIM was used in a versatile, extensive and detailed way throughout the project. Early collaboration saw designers engage with the City’s 1,500 employees to gather their ideas and incorporate them into models, which were subsequently developed at several ‘pop-up’ workshops, each attended by around 20 employees.

People were invited to experience the spaces virtually wearing VR glasses, in a BIM cave, and by watching 360-degree panoramas. 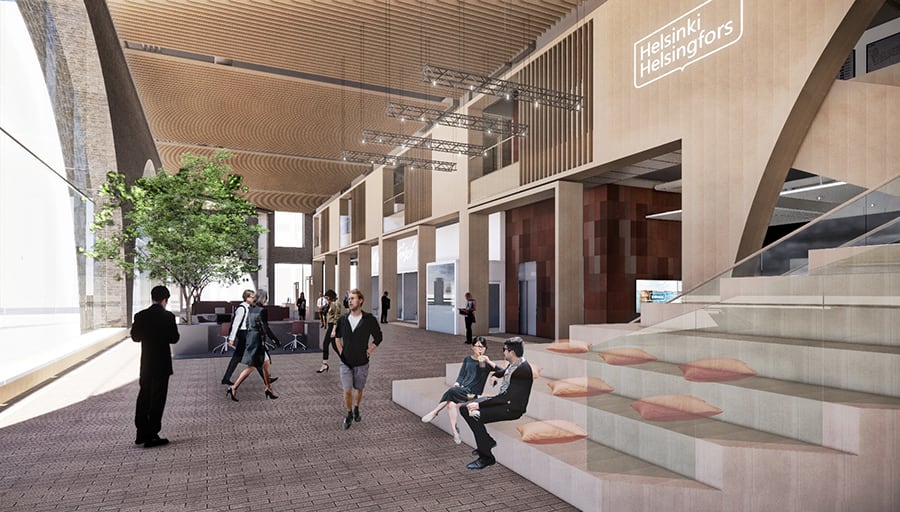 The building will cover around 40,000 sq m spread over seven storeys 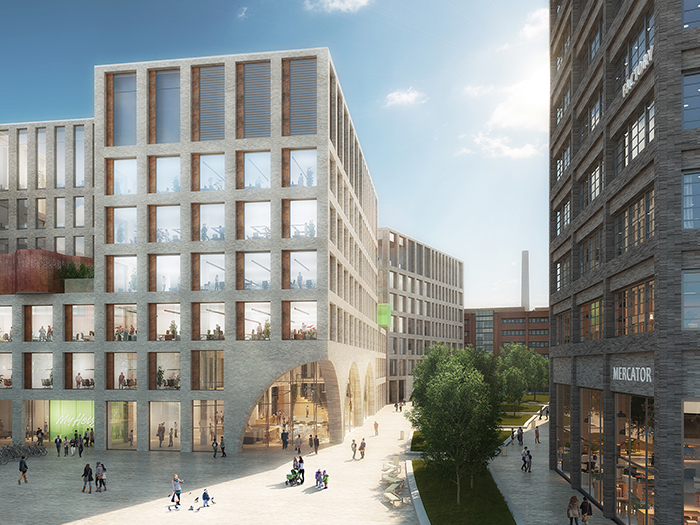 BIM supported ambitious lifecycle objectives, including comprehensive evaluations of emissions, energy efficiency and indoor air quality. A dynamic simulation of energy use was carried out based on BIM.

“I have previously coordinated several BIM projects and this was the most advanced cooperation between designers, manufacturers and contractors,” said Rajala.

Scheduling challenges were tackled using BIM-based 4D scheduling of sequences of work. The BIM cave allowed contractors to interrogate models and comment on buildability. “At first I was afraid they would think it was a waste of time,” said Rajala. “But soon they saw the point and started to spot issues, such as the need to paint a wall before pipes are installed preventing physical access to the space. It helped them think about how to organise work tasks on site and in what order.”

Real-time status data on the design, fabrication and installation of building components was updated by five key suppliers using Trimble Connect, plugged into Ramboll’s native Tekla model, and communicated to all project parties. Components either already installed, in design or in the factory were highlighted in the 3D model.

Building services products and components were modelled to an exceptionally high level of detail on the project to help meet the exacting demands of the architect.

MEP models were developed to an as-built level of detail. The district heating and cooling equipment manufacturer created accurate 3D object models of its units so that hauling routes and equipment installation orders could be checked in BIM before ordering the products to be delivered to site. Not having to coordinate installations on site saved the contractor a significant amount of time.

“In an ideal world, BIM models should be as accurate as what is going to be built on site, so that there is no question that the detail is accurate, especially for the structure,” said Rajala. “In this project, manufacturers modelled their parts to match what was produced in the factory and then installed on site.”

Other applications of BIM on the project included virtual interactive site safety inductions and a Dalux Field augmented reality mobile app was used to assess quality and hand over rooms.