How BIM models will be used to support claims and disputes

Andrew Burr, adjudicator, arbitrator and barrister at ArbDB Chambers, specialising in construction and technology law, talks to BIM+ about the impact of Level 2 BIM on claims and how 3D virtual models can be used to communicate evidence in court.

What legal and contractual uncertainties has the move to Level 2 BIM introduced?

It can be argued that Level 2 BIM alters relationships and blurs the lines of roles and responsibilities for project team members. Common questions include: who owns the federated model and who is responsible for creating, analysing and updating it? When will information be delivered and how much can it be relied upon? Which is the most suitable construction contract for use with BIM and what amendments are required to it, if any? And, what form of insurance is appropriate and what should it cover?

Level 2 BIM is supposed to reduce delays, and therefore disputes, but is that really the case?

Claims are still likely to occur on BIM projects, because change is an inevitable consequence of any construction work. If such a change has a negative impact upon a party and it is not their contractual risk to bear it, they are entitled to submit a claim. However, the collaborative nature of BIM should reduce the number of claims which are rejected and so develop into disputes.

BIM is being seen by some as a panacea for many problems in construction. Whilst it may go some way to resolving common problems that frequently result in claims and disputes, such as on-site clashes between different work packages, it will not transform the process entirely.

Is there any concrete evidence of BIM reducing the number of construction disputes?

There is very little published information and a limited amount of case law on BIM. This might suggest that disputes are less likely on BIM projects, or it could indicate that only a relatively small number of projects are currently carried out in BIM.

The only reported BIM dispute, which occurred during installation of an MEP system for a life sciences building in the US, was settled out of court, leaving behind little detail. Parametric modelling software was used on the project to create an intricate design, but a sequencing programme was not created, or communicated, and resulted in the contractor running out of space to install all the works.

Will BIM change the types of claims being made on projects?

There could be a shift to other forms of claims, such as project team members’ requirements in a BIM environment, most notably information exchange, or inadequate coordination and checking of the federated model.

How can BIM technology be used to assist with construction delay claims?

When claims arise, BIM software should enable projects instantly to review the consequences of a change on the project, in real time. However, creating and updating a system which accurately reflects the effect of a change upon a complex project across multiple dimensions is a feat.

If such an approach is used, a detailed description of the links and rules used between different dimensions is required and needs to be rigorously checked to ensure that the output is correct.

The complexity of such an interrelated system means that there is likely to be a lack of confidence in the output, especially whilst Level 2 BIM and the supporting software remain unfamiliar. Instead, aspects of BIM could assist with the retrieval and communication of information so as to support a claim, or dispute.

Does digitising construction information provide a better audit trail for use in dispute resolution?

Traditionally, construction project records are poorly maintained, making it difficult to prove the cause and effect of a change upon a project, especially during retrospective analysis. Within a BIM environment, a certain level of information should be generated at different stages of the project to enable successful management. Software packages support this process by enabling contemporaneous digital record keeping, such as when updating data on tablets on site.

If project information is stored electronically, in a common data environment and in a structured way, the process of finding information becomes much easier, because it can be searched, sorted and filtered. Critically, if project information is embedded in, or linked to, a virtual model, it can be used as a central reference point to locate all relevant information, creating a clear audit trail, which is particularly useful when trying to find information related to a certain aspect of work.

Can 3D visualisations in BIM be used in court?

Yes, virtual models can help support a written narrative to provide better understanding of what occurred on a project and are particularly useful when communicating information to judges, or others who have not been directly involved in a project and may have limited practical construction experience.

However, the quality of visualisations can vary and, as a result, new recommendations were published in 2014 regarding the creation of computer-generated exhibits to support construction claims.

Given that virtual models are required on all Level 2 BIM projects, it is likely that there will be an increase in their use to support claims and disputes. However, direct access to the federated model may be restricted for these purposes, forcing organisations to adapt their models for use in court. 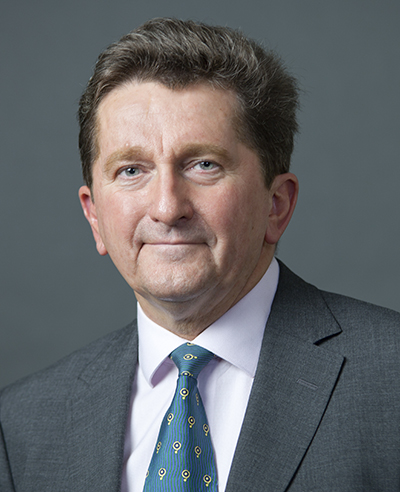 When claims arise, BIM software should enable projects instantly to review the consequences of a change on the project, in real time. However, creating and updating a system which accurately reflects the effect of a change upon a complex project across multiple dimensions is a feat.– Andrew Burr, ArbDB Chambers