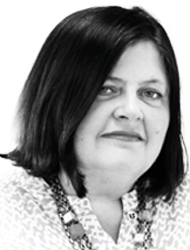 In December, the M1 motorway network in Northern Ireland became the first UK project and only one of two in the world to receive a BSI ISO 19650-3 (Asset Management) Kitemark. The Kitemark accredits the project with not only putting in place a process to structure data in a way that adheres to the BIM standard, but also delivers on it.

In practice it means that Amey Roads NI can easily search through huge amounts of data gathered by inspection reports and laser scans, for example, to help predict the condition of the road and gain better insight into accident trends.

A special-purpose project company, Amey Roads NI Ltd, was created to manage the overall DBFO Package 2 contract. This 30-year, £250m capital expenditure project began in 2007 with the construction work being undertaken by a joint venture between Ferrovial Agroman Ireland and Lagan Construction. Amey was appointed as operations and maintenance (O&M) contractor for the scheme.

The project formed part of Northern Ireland’s £18bn investment strategy, Building a Better Future. The aim of this strategy was to make Northern Ireland a better place to “live, work, learn and grow”. Under the strategy, the region’s schools, roads, water, waste, health and office infrastructure were to be improved over the following decade.

As part of this development programme, the Northern Ireland Department for Regional Development identified two packages of work to improve the strategic road network across Northern Ireland. These were delivered as public private partnerships. Amey Roads NI is delivering DBFO2.

Melanie Dawson, founder of BIM and digital construction consultancy Origin7, developed the full suite of guidance and process for Amey Roads NI, helping with implementation through to success at audit.

She describes how and why the Kitemark was sought and what benefits implementing BIM processes specifically around the asset management phase of the project brings.

Tell us more about the background to the project

The 30-year contract for the Amey Roads NI team is already about half way through, so it started before BIM was well known or used. The team there are already doing some excellent work and using some advanced technology solutions, and my role is to streamline the structure and flow of the information to align with ISO 19650-3. “All their processes going forward will be using the BIM methodology. The plan will be to analyse it all to start to make predictions so they can make smarter decisions about preventative maintenance and drive efficiencies.”

I’ve been working with them to produce a BIM manual that explains how to apply the ISO 19650-3 principles to the project.

We were audited against the standard by BSI in August 2021. It’s been a challenge – dealing with legacy data across multiple systems, which we had to link into one coherent picture, and interpreting the standards, which are more of a framework than a prescription. At the end of the 30 years, the project goes back to the Department for Infrastructure, as does the dataset, so it is critical we get this right.

Over the last few years, they have started to bring in a variety of innovative technology, including laser scanning, common data environment systems and asset management software. However, the data has been captured in a way that is ‘non-structured’ and therefore of limited use.

When it hands back the road after 30 years, Amey Roads NI is contracted to provide data and evidence of how it has maintained the condition of the asset so that it still has value – for example, all the planned and reactive maintenance. The contract terms also include for penalties if the road has to be closed without a good reason, so being able to evidence the data is critical from a commercial perspective too.

Data collection for the majority of the first part of the contract has been paper-based and manual: applying BIM has allowed them to make a structured digital leap, connecting the people, the technology and robust process.

As well as demonstrating compliance with the contract, structuring the data also allows Amey Roads NI to become more efficient as well.

Another object of the exercise is future-proofing the asset. If they were going to build a new bridge or a new junction, they can add data to the asset in the right format. To enable this to happen, I’ve been writing employer’s requirements so Amey Roads NI can procure information in the right format. It speeds up the process

What is the digital asset?

It’s highly centred around GIS, so the system is like a giant digital map with asset data tied into that, such as drawings and laser scanning data, rather than the 3D model you might associate with a traditional BIM project. Similarly, work orders are also linked back into the map, so Amey Roads NI management can see who has carried out the repairs.

The GIS system is K-Portal from Korec and was custom built for the client. Maintenance workers have access to the system in the field via their tablet devices. Amey Roads NI uses laser scanning technology that is mounted on the roof of a vehicle that drives the length of the motorway to survey the condition of the road, which is then imported into the Korec system. They would also put the data through other types of software as well, to measure structural integrity, for example.

This process is carried out on a cyclical basis so the team can make comparisons in the way the condition has changed every six months.

All their processes going forward will be using the BIM methodology. The plan will be to analyse it all to start to make predictions so they can make smarter decisions about preventative maintenance and drive efficiencies.

How did the move to digitisation begin?

Amey Roads NI started bringing in new technology about five years ago – and the process of structuring the data according to BIM principles about year ago. That was the start of my involvement. Essentially, I’ve created a BIM manual for them, so they could structure the data in a way that was aligned to the BIM ISO 19650-3 framework. I’ve also produced a manual and template for them to structure the data.

When does it stop becoming a GIS system and become BIM system?

“Amey Roads NI, in tandem with its design and operations partners, identified the improvements that could be gained through the digitalisation of our assets and the standardisation of their maintenance approach on this long-term contract.”

A GIS system allows you to put information into it and geo-locate it, but when you put the BIM layer in there, you are providing structure to data in that map. You might want, for example, to search for the number of barrier strikes or signs that have been inspected in the last 12 months: without structured data, searching and reporting is very difficult.

Some other road contractors that use GIS technology have fallen into a trap where they are gathering lots of information, but not in a way that will allow them to use it long term.

Can you talk us through the Kitemark process?

I was brought in to help provide a structure to the data – which is where I thought using the ISO 19650-3 standard would be perfect.

With certification, you just have the processes in place should an organisation want to apply them to a job. Gaining the Kitemark shows that those processes are in in place, and that you have also demonstrated evidence of using it in a robust way – not just written a nice manual that sits on the shelf.

Why Amey Roads NI wanted to gain the Kitemark

“All systems and processes are digital, providing a single source of truth. We are able to provide detailed and up to date information quickly to all our stakeholders,” he adds. This can be backed up by providing all the evidence requirements, which has added value by streamlining processes and reducing paper in the organisation. Looking towards handback, the client will receive all the information in digital format, which is part of the long-term strategy.

“Amey Roads NI, in tandem with its design and operations partners, identified the improvements that could be gained through the digitalisation of our assets and the standardisation of their maintenance approach on this long-term contract,” says Jordan. “We have built upon the concept of 3D laser scanning key structures to development of the digital twin for the 540km road network we maintain for the Department for Infrastructure. The BSI Kitemark Certification is industry recognition of our continuing digital transformation, a success we are celebrating and an achievement we intend to build upon in the years ahead.”

Gary Pattison, BSI’s certification technical expert – digital construction, said that being among the first organisations globally to achieve the new ISO 19650-3 BIM (Asset Management) Kitemark was a “great achievement and demonstrates the company’s ability to embed best practice using the ISO 19650 framework, enabling them to carry out more efficient methods of asset management, driving out waste and inefficiency”.