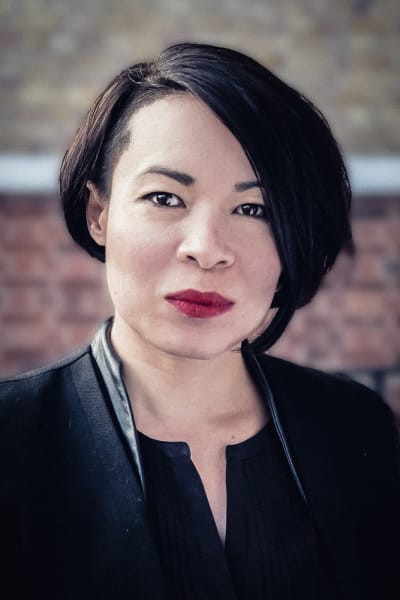 ‘Greater digitalisation has the potential to reduce and mitigate risk, resulting in turn in improved time and costs. Some commentators go so far as to assert that an increased adoption of technology, including cybersecurity, is key to businesses surviving.’ May Winfield, associate director, BuroHappold Engineering

May Winfield, associate director at BuroHappold Engineering, looks the contribution the new international standard can make in to the move towards digitalisation.

Construction 4.0, like Industry 4.0, refers to the revolution of digitisation. What does this involve in practice? For the engineering and construction industry, it could include everything from BIM to the Internet of Things to AI, depending on your perspective – many of these innovations may have as significant an impact on our industry as Spotify, Netflix, Amazon and similar have had on our day-to-day lives within Industry 4.0.

It must be noted, inevitably, that the introduction of greater digitisation within the engineering and construction industry is occurring relatively slowly and incrementally. We are obviously not alone in the difficulties faced to implement greater digitisation. The Deloitte’s 2018 survey of Industry 4.0 readiness reported that executives in an array of industries were struggling to develop effective strategies in this area. They conceptually understood the important changes that Industry 4.0 could bring, yet lacked certainty on how to take action to benefit.

One commentator noted: “The tools already exist to digitally transform the construction industry. The industry’s lack of will to do it is now the primary obstacle.”

Nonetheless, the revolution of greater digitisation is coming. Perhaps in part due to the accepted possible benefits throughout the whole project lifecycle, from design and construction to operation and maintenance.

Digitalisation offers enormous potential benefits to the industry, and it could be argued that Construction 4.0 and related developments represent the greatest potential advancement in the construction industry since the invention of reinforced concrete.

The benefits from greater digitalisation are manifold. Reported benefits in various articles, presentations and commentaries include a reduction of wasted time, effort and duplication; improvement in productivity, quality control, time and costs; more reliable data; and the intangible but important benefit to reputation within such a competitive market where parties are often working to narrow profit margins.

According to a study from the Danish Building Research Institute, using digital communications systems across large construction sites could reduce costs by 7% as, among other things, digital communication systems improve project planning, and everyone can prioritise tasks based on a better knowledge base.

In simpler terms, greater digitalisation has the potential to reduce and mitigate risk, resulting in turn in improved time and costs. Some commentators go so far as to assert that an increased adoption of technology, including cybersecurity, is key to businesses surviving.

Furthermore, digitalisation is needed to ensure the future of the construction industry. A recent study reported that 80% of employees prefer to work for digital leaders, whilst employers that do not offer opportunities for employees to develop their digital skills are five times more likely to see people leave the company within a year. Without moving forward away from the misconception that construction is both old fashioned and low adopters of digitalisation, there is the real risk that the industry will fail to attract the younger generation – the brightest minds will instead go to companies such as Google, Facebook and others.

It is also worth noting that the basic aim of Construction 4.0, digital transformation of the built environment, forms a cornerstone of the government Construction Strategy 2016-2020 which seeks to “embed and increase the use of digital technology”. There was also the UK government’s 2017 “Made Smarter Review”, an industry-led review exploring how UK manufacturing can maximise benefits from increasing adoption of digital technology through a strong industry and government partnership.

There are obviously new risks and issues that do need to be dealt with as the industry embraces Construction 4.0. For example, if there is insufficient clarity and standardisation in procedures, documentation and parties’ understanding itself, this could increase the risk of dispute rather than enabling parties to benefit from the digitisation being implemented.

BS EN ISO 19650 could, at the very least, help to facilitate the standardisation of procedures and documentation, and with this parties’ understanding, in at least some parts of the brave new world of Construction 4.0. Digitalisation, as represented by Construction 4.0, has a lot to do with how the digital data, or information, is collated and managed.

It is also helpful that the ISO 19650 series is an internationally accepted series, to assist the standardisation of digitalisation even further, including standardising (and therefore create certainty) of the legal or contractual rights and duties (assuming it is incorporated into the binding contractual terms or documents).

This all could help avoid gaps, misunderstanding or differing expectations which may have to be resolved by expensive and time-consuming disputes, which in turn can lead to parties losing faith in the benefits and importance of greater digitalisation.

As a side note, obviously whilst BS EN ISO 19650 assists the pursuit of greater digitalisation, it should not be considered the panacea. It introduces some potential (but not insurmountable) legal uncertainties of its own which need to be dealt with. These are outside the scope of this article but the author has discussed during presentations and other written discussions.

Construction 4.0 is bringing a slow revolution, and will not change the industry overnight. In a world where Amazon is considering drone deliveries and the Design Museum cites 3D printing as evidence of Industry 4.0, can we really afford to ignore the benefits and impact of digitisation as represented by Construction 4.0?

The tools and processes provided by Construction 4.0 could provide the route to achieve the goals that the Latham Report and the Farmer Report envisioned.

But a vital aspect to achieve this will be standardised processes, documentation and understanding.  The BS EN ISO 19650 series provides some important aspects of this.

One can see this realisation is starting to reach the industry as well.

Mark Farmer, respected author of the Modernise or Die report, put it most succinctly in one article in which he noted: “The whole industry must embrace the fourth technological revolution together. In a way that makes sense for all parts of the sector. Failing to do this may lead to labour force cannibalisation, further market fragmentation and polarisation, at a time when industry needs to act more in unison – from SMEs through to major businesses.”

May Winfield is writing an international legal analysis of the legal impact of the ISO 19650-2, collaborating with the author of ISO 19650-2, Paul Shillcock (Operam), and an expert in BIM dispute resolution, Dr David-John Gibbs. This analysis report is due to be published online in 2020.

To make this report relevant and a reality, the author would be exceptionally grateful for views of readers on the legal impact of the ISO 19650-2 to inform this legal analysis via this short survey (and do get in touch with any personal experiences and thoughts that can be taken into account in the report):